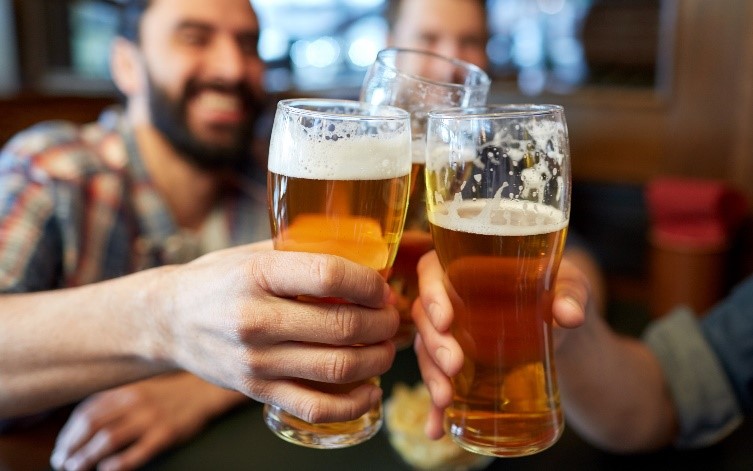 Through October 3rd, Munich’s in the midst of its most-anticipated autumnal celebration… and it’s making waves all over the world!

Oktoberfest, the beloved folk festival, is a celebration of German culture (and, most notably, its beer!). It’s got us thinking about how German cuisine has influenced our own, despite being an ocean and some several thousand miles away.

If you’re wondering, too, look no further. In today’s blog, we’re exploring the Germanic roots of some of our favorite culinary staples! Just keep reading to learn more.

Pretzels are so ubiquitous these days (just take a look down your grocery store snack aisle!) that it’s easy to forget that they originally came from Germany… and looked a little different way back when.

The earliest forms of the pretzels may have first originated amongst European monks—it’s also suggested that the pretzel’s twisted shape, fittingly, represents a pair of praying hands. Of course, the pretzel was most famously perfected by the Germans (who lent the treat its famous name!). In fact, the very first illustration of a pretzel is believed to have been published in a manuscript from 12th-century Germanic lands.

While today, much of the United States’ pretzel consumption comes in the form of hard pretzels from the grocery store, there’s a surprisingly easy way to enjoy the soft, warm version even outside of Oktoberfest… just come on over to Stonewood! Enjoy our homemade pretzels alongside bread as you wait for your meal—you won’t be able to have just one!

We put ketchup on fries, burgers, and just about everything. While the earliest forms of this condiment actually come from 17th century China (where it went by the name “kê-chiap”), it wasn’t until later centuries that we saw the addition of tomatoes to this traditionally spice and pickled fish-based dish. Even then, though, the condiment wasn’t perfected. It became the sharp, tangy version we know today when Henry J. Heinz—the son of German immigrants—added increased quantities of vinegar and sugar to the existing recipe. The result? Ketchup’s famously acidic flavor that, today, balances perfectly with the milder profiles of everything from French fries to chicken tenders. Heinz, of course, went on to create the Heinz brand that still produces ketchup today.

Have you ever wondered why a hamburger is made of beef… and not ham? That’s because the name actually comes from the place where this meaty dish originated! In Hamburg, Germany, the dense “Frikadeller,” a squashed ball of minced meat, is believed to have given way to today’s modern hamburgers. The key difference is that the Frikadeller, which is still enjoyed in Hamburg today, was not traditionally eaten on a bun—it was seen as just another meat dish that one might enjoy alongside potatoes and veggies. Still, we’re glad it inspired one of the most recognizable culinary staples around!

We, of course, can’t forget about beer, the favorite of German locals and visitors alike and the star of festivals like Oktoberfest. While Germans were not necessarily the first to brew and enjoy beer, they did independently create strict standards and pride in their beer that we can still see today. One example of this is “Reinheitsgeobot,” a set of purity standards for beer that limited the amount of ingredients in beer in the hopes of creating a more authentic product. There’s no law mandating those standards internationally, but you’ll still find Bavarian breweries followings its tenets today out of their love for the craft!

When reading about German cuisine just won’t do, come on into Stonewood and taste it for yourself! We’ve got these items and a whole lot more, so be sure to enjoy them this Oktoberfest.