Back to School, Stonewood Style: Learn About Your Favorite Foods 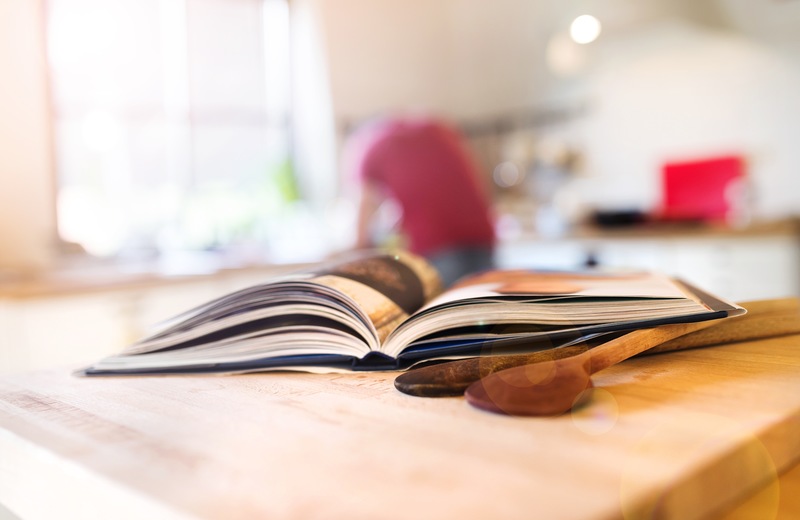 This back-to-school season, there are ample opportunities to learn all around—including right in the kitchen, or your favorite restaurant.

The culinary world is chock-full of science, math, amazing reactions and edible oddities worth exploring. With every soufflé, stir-fry, and steak, at-home chefs get a little closer to understanding the ins and outs of the food they so lovingly prepare. After all, while it’s absolutely true that food is an art—filled with love, color and personality—it is, indeed, a science, too!

Today, we’re tackling the scientific side of food—how it works, and why some flavors simply “sing” like music to our ears. Read on as we dig in!

Why do fruits turn brown?

No one likes to cut into a deliciously juicy apple or pear, only to have it turn brown before they’re ready to dig in! Fortunately, that familiar browning does not actually mean the food is unsafe to eat—so feel free to enjoy all the same.

What causes this reaction, though? As it turns out, these fruits have polyphenol oxidase, an enzyme that is released from inside and reacts with oxygen to cause a change of color. (As you probably already know, everything from makeup to a rusty bike can also oxidize and shift color in a similar fashion.)

Fortunately, just as science causes this colorful effect, it gives us a way to prevent it, too. You can apply lemon juice to the flesh of an apple if you aren’t ready to eat it right away—it won’t turn brown quite as quickly since the polyphenol oxidase reacts with the acid of the lemon before it reaches the oxygen in the air. A similar process happens when you mix cut-up apple pieces with grapefruit and orange slices for a colorful fruit salad. Being exposed to the juices of other fruits might change the original taste of the apple when you’re ready to dig in… but who says that’s a bad thing? You might just walk away with a new favorite flavor combo.

Why does fried food taste so good?

What makes fried food delicious? Besides that satisfying crunch, we have a chemical process called the Maillard reaction to thank for creating the delicious golden-brown creations we love so much. In this reaction (which happens when sugars and proteins latent in your food are exposed to high heat), the chemical makeup is broken down and changes—for the better! This reaction applies to food that is also seared, like a delicious, juicy steak, as well as French fries or grilled dishes, like Stonewood’s Oak Grilled Shrimp.

Just how many “tastes” are there?

Scientists used to believe that each part of our tongue was dedicated to a different “taste”—sweet, sour, salty or bitter.

Today, we know that this is a little misleading: Different parts of the tongue may be more sensitive to sweet or salty tastes than others, but you can still enjoy a well-rounded flavor experience regardless of where the food falls on your tongue. Not only that, but we also know that there’s another taste entirely! That would be the fifth taste, a.k.a. “umami,” which refers to the mouth-watering, savory flavor of vegetables (especially juicy tomatoes), seafood and many different kinds of meats.

To dig into the umami flavor, why not try a marinated Tuna Steak, whose flavorful fusion promises a delightful, multi-taste experience? Or perhaps a colorful Lobster Cobb Salad, where tender Maine lobster meat pairs beautifully with umami-laden avocado and grape tomatoes?

A great deal of the popular Tex-Mex cuisine incorporates cilantro, a.k.a. coriander. So you may feel left out if all of your friends love the herb, and you simply can’t stand it. If it tastes inedible to you, though—perhaps even a little soapy—you’re not alone! Recently, studies have suggested that your genes may to be blame. Those who don’t enjoy cilantro may actually have genetic receptors that cilantro lovers don’t have—receptors for an organic compound in cilantro’s chemical makeup that, yes, tastes a little bit soapy.

Why does my favorite dish taste better when someone else makes it?

Looking for a reason to enjoy a delicious dinner out? Here’s one: food may actually taste better when you’re not the one making it!

While science still doesn’t know exactly why this happens, there is certainly some psychology to back it up: According to psychologist Daniel Kahneman, “When you make your own sandwich, you anticipate its taste as you’re working on it. And when you think of a particular food for a while, you become less hungry for it later.” So perhaps it’s the unseen aspect of food prepared by a friend, or the kitchen at a restaurant, that makes it especially delicious—since you’re not exposed to the “making-of” process, it feels new, exciting and inviting when it is brought out to you on a plate.

Have you learned something new? Don’t worry—there’s no test! Simply enjoy cooking your best meal, or savor a night out at Stonewood, and get to know your favorite flavors in an all-new light. Those little “aha!” moments that go with learning the science behind your food are just icing on the cake.